OLOMOUC – THE CITY OF BUSINESS OPPORTUNITIES

Olomouc is the historical capital of Hana region that thanks to its advantageous position on the map has become an important crossroad among Poland, Slovakia and Bohemia. The city is dynamically developing thanks to the continual investments of Olomouc City statutory authorities. Close to our Olomouc offices there is currently a new business, cultural, and residential center Santovka. In addition to that, two shopping centers are available at the opposite ends of the city – shopping center Hana with a complex of separate stores is located at the exit towards Brno, and the roofed Olomouc City with a multi-cinema of the Cinestar network is situated at the exit towards Mohelnice.

THE CITY OF UNIVERSITY

Olomouc is also a university city which results in the rich cultural and educational program on offer. Throughout the year a number of lectures, concerts, exhibitions, and other events are organized for the general public as well as specialized groups. With more than 100,000 inhabitants including a great number of students the city in the heart of Hana region is a lively, stimulating and dynamic place. At the same time Olomouc maintains its magic and picturesque atmosphere, which is quite typical for the city. Office rental in Olomouc is thus very perspective for small local businesses as well as local branches of big national and international companies.

An important part of the live in Olomouc is affected by the Palacky University which is after the Charles University in Prague the second oldest in the country. It includes a number of faculties spread around the city including the Faculty of Education, Science, Philosophical Faculty, Medical Faculty, and the Faculty of Law.

The historical city center includes the main Upper Square with an astronomical clock and the Lower Square which is very close to our Olomouc offices. A number of restaurants, shops and services are also available and easily accessible on foot.

Every year Olomouc attracts a great amount of tourists coming to visit the renowned flower shows and exhibitions called Flora. The Fairgrounds Flora can be found in the park Smetana Gardens which is also not far from the offices. The Aksamitova Street, where the Olomouc offices are located, leads directly to the park Bezruc Gardens which also includes a Botanical Garden.

Health care is provided in two hospitals – Faculty Hospital whose extensive grounds are spread in the city part Nova Ulice, and Military Hospital seated in the historical building of Klasterni Hradisko. 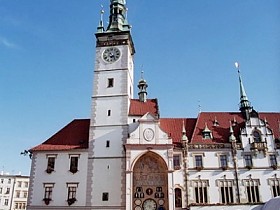 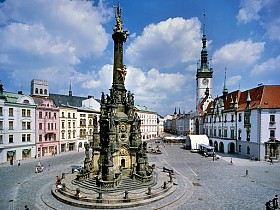 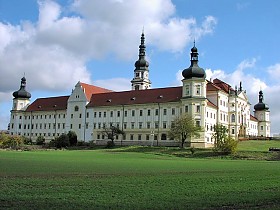